At Missiska, we make farm cheeses of outstanding quality thanks to the care taken at all stages of production, from genetic selection of the herd to the production of cheeses, by way of the farm experience.

“We want to create the best cheeses possible by showcasing the qualities of a remarkable milk: the milk of our Jersey cattle.”

Founded in 2008 in Saint-Armand, Montérégie, the Missiska farm has one of the finest herds of Jersey cattle in Québec, as shown by the numerous awards received. 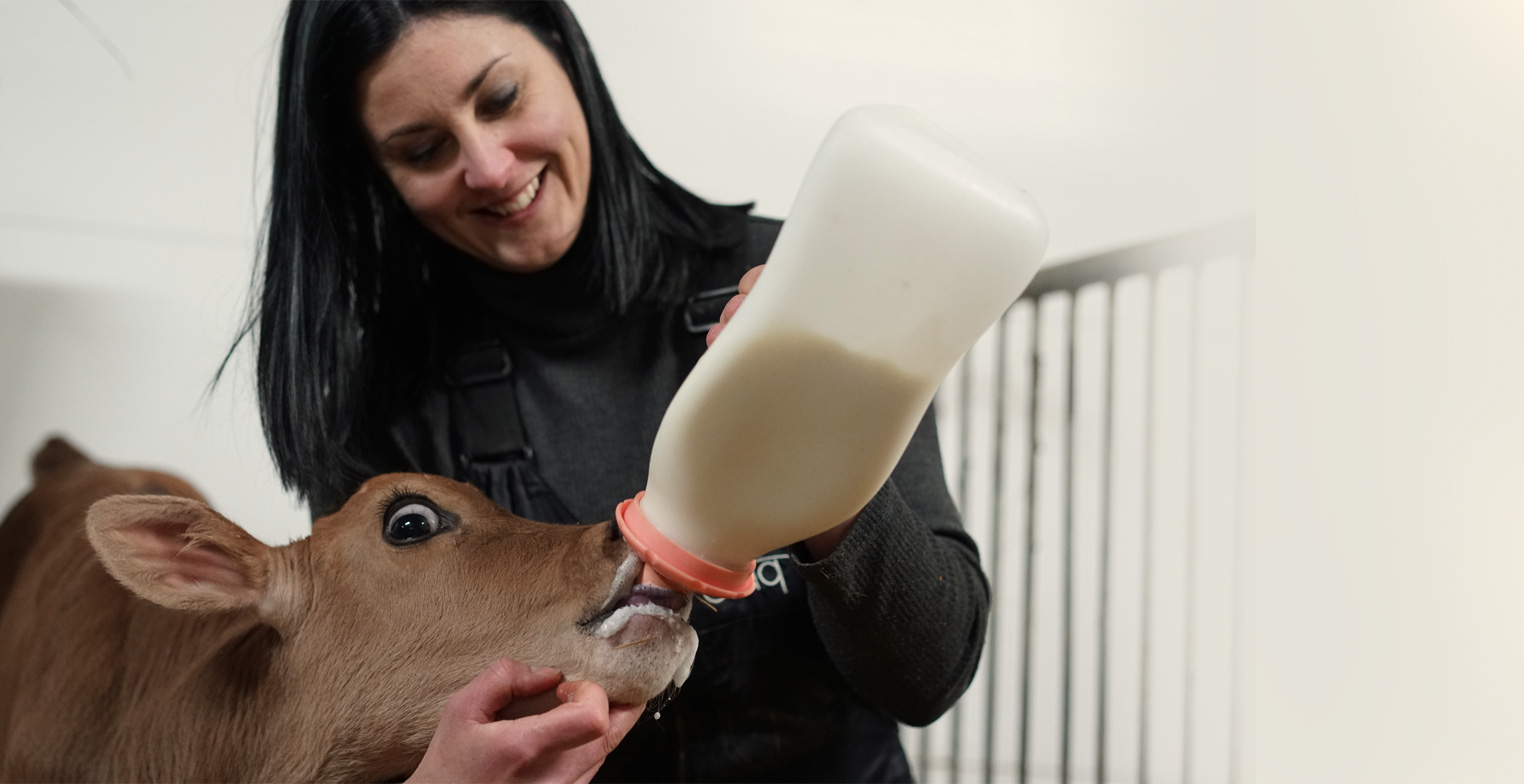 Our production is geared to animal well-being, the quality of the milk, and respect for the environment. We have implemented a number of measures to guarantee the comfort of our cattle:

Our dairy cows are fed on hay produced at the farm with natural fertilizers. That hay lends the milk a pure creamy taste. It enhances the flavor qualities, the same ones that will later be found in the products. If needed, adjustments can be made at the source to ensure product consistency.

“We take great pride in being able to enrich the Brome-Missisquoi agritourism offerings with our ‘golden milk’ and with the cream of cheeses! We’re passionate about the work on our farm, just as we are about the search for excellence in all our products. It’s both a privilege and a source of great happiness, for us, to experience these passions and to share them with you, while at the same time providing a healthy living environment for our family.” – Caroline Pelletier and Paulin Bard 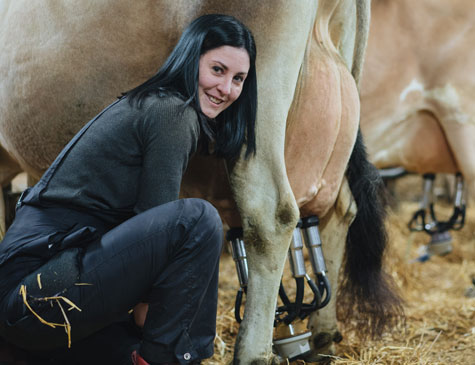 Caroline Pelletier has raised thoroughbred cattle for 20 years. President and CEO of Missiska, she’s also chief cheesemaker! Previously, from 2005 to 2009, she held a position with the communications and genetics division of the Centre d’insémination artificielle du Québec. The holder of a bachelor’s degree in agronomy from Université Laval with a specialization in animal sciences, she has also done training in the microbiology of cheese production, in flora used in ripening, and in cheesemaking at the École nationale d’industrie laitière ENILBIO de Poligny (France), as well as in safety and wholesomeness at the Institut de technologie agroalimentaire’s Saint-Hyacinthe campus. 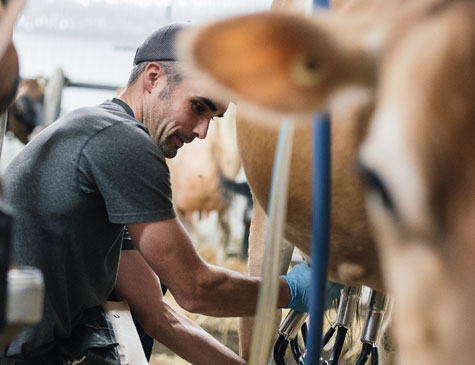 Paulin Bard, her husband, is co-owner of Missiska. He sees to quality control of the precious milk, besides ensuring that the health and well-being of the herd remain at their peak. He studied animal production technique at the Institut de technologie agroalimentaire’s La Pocatière campus, managed a 200-cow herd at a dairy farm, and then worked at the Centre d’insémination artificielle du Québec as an inseminator for six years.